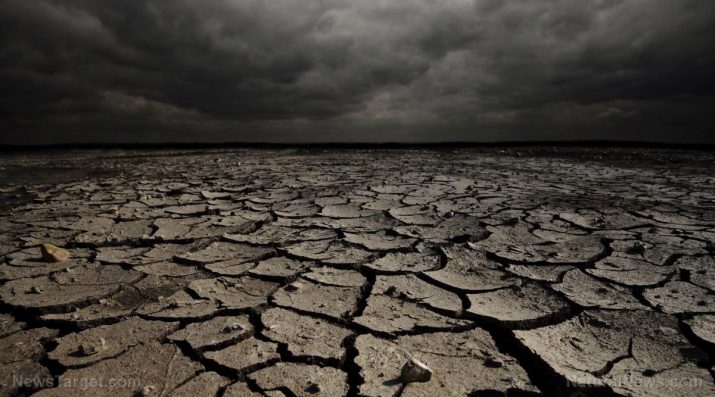 A hotly-debated study led by Professor Gerardo Ceballos at the Universidad Nacional Autonoma de Mexico warns that the human population explosion is leading to the widespread contamination and destruction of the planet, ultimately collapsing life support systems upon which human civilization depends. As reported by The Times of Israel:

Human overpopulation and over-consumption are leading Earth to its sixth mass extinction faster than was previously thought, with the human race likely to be eradicated along the way, a new study warns…

These findings indicate nothing short of “biological annihilation,” the scientists conclude, “a massive anthropogenic [human-driven] erosion of biodiversity and of the ecosystem services essential to civilization.”

The study was published in the Proceedings of the National Academy of Sciences and was co-authored by Paul R. Ehrlich, a population control advocate.

Adding to the controversy of the study, Paul Ehrlich’s views have also been cited by population control advocates like Bill Gates, who calls for an engineered depopulation of the planet in order to achieve long-term sustainability. Bill Gates has donated millions of dollars to infertility technologies and vaccine “innovations” that include vaccines in Africa being covertly laced with infertility chemicals to achieve a race-based “medical cleansing” / genocide by making sure black people don’t reproduce.

To some, the warnings of Paul Ehrlich echo the hysteria of globalists like Al Gore, who claims that climate change, not chemical poisoning of the planet, will destroy human civilization unless everybody agrees to pay him $15 trillion dollars. In truth, “climate change” only predicts oceans rising less than a meter in a hundred years, yet the mass chemical poisoning of our world will collapse human civilization long before rising oceans becomes a relevant issue (and that’s assuming the temperature data are accurate, but we know much of those data are routinely faked by the pro-climate change science hustlers).

The entire “environmental” movement ignores all the real, immediate threats to our planet

What’s my take on all this? The real threat to sustainable life on our planet isn’t so-called “climate change,” it’s the mass contamination of our world with pesticides, herbicides, pharmaceutical runoff, hormone-disruptor chemicals, genetically engineered crops, heavy metals in medicine (such as mercury in vaccines), industrial chemicals and biosludge. Yet, astonishingly, no mainstream environmentalists seem to care about any of these threats. The entire environmental movement has become nothing more than a mindless climate change echo chamber, totally clueless about the real threats to our world that are destroying sustainability right now.

For example, left-leaning environmentalists are now openly denying the chemical gender-bender effects of atrazine because they all want to believe that gender is a “choice” rather than something that can be altered by chemical exposure. So they deny all the science surrounding atrazine because it conflicts with their LGBT narratives. In a similar way, the same Leftists who warned about cigarette smoke causing cancer now believe that marijuana smoke is somehow harmless, even though it contains many of the exact same carcinogens as tobacco smoke. Meanwhile, California’s hemp farms are producing massive tonnage of toxic runoff, poisoning thousands of acres of land across the state. And nobody seems to care, since it’s all being done in the name of “pot legalization.”