“Environmentalists” have been fooled: The very molecule they’ve declared war on is the same molecule necessary to re-green the entire planet 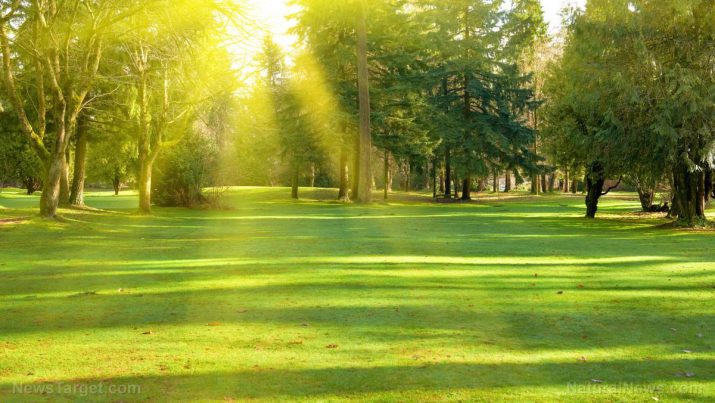 Carbon dioxide has been vilified as the harbinger of climate change for years now, but it seems that this belief may have been misguided. Indeed, carbon dioxide may be what saves the planet as opposed to what destroys it. The media has done a brilliant job of putting carbon dioxide (CO2) at the forefront of the climate change debate, but scientists are beginning to speak up and present evidence to the contrary.

“Far from being a ‘pollutant,’ carbon dioxide is the ‘Miracle Molecule of Life’ for re-greening the planet through reforestation. This essential molecule supports the entire web of life on our planet, and without it, all plants, animals and humans would die,” Mike Adams, the Health Ranger writes. Recently, Adams created an educational video to explain why CO2 is not, in fact, a pollutant — and rather an essential nutrient that plant life needs in order to flourish.

As Adams explains, removing CO2 from the air could be catastrophic for the environment, as it would kill off plant life — and subsequently, human life.

The Health Ranger is not alone: there are other scientists out there who have shown that CO2 is not the dangerous Earth-destroying compound that the globalists and mainstream media have made it out to be. In fact, research published in the spring of 2016 demonstrated how CO2 is actually helping the planet to grow greener.

A group of scientists analyzed satellite data that had been gathered for 33 years to see what effects greenhouse gases like CO2 have been having on our planet — and much to their surprise, it seems that our planet’s green space has actually been on the rise. Their findings revealed that there has been a “persistent and widespread increase” in plant growth during growing seasons — and signs of increased leaf coverage are present in up to half of the planet’s vegetative areas.

Scientists say that most of this growth is owed to the excess of carbon dioxide present in the atmosphere. And according to the researchers, the amount of extra “greening” that has happened in the last 33 years is equivalent to adding a green continent twice the size of the continental United States — or about 6.95 million square miles of increased green space. In other words, the excess CO2 we are seeing is responsible for producing a lot of new greenery on this planet. [Related: Learn more about what’s really harming the Earth at Environ.news.]

One of the study authors, Dr. Zaichun Zhu from Peking University, said that the dramatic increase in green space “has the ability to fundamentally change the cycling of water and carbon in the climate system.”

As you may know, carbon dioxide is an essential part of the photosynthesis process, which is how plants produce the sugars which form their structure. Photosynthesis requires a combination of CO2, water and sunlight, and several studies have shown that increased CO2 levels can also increase plant growth. What this new research has demonstrated is that higher CO2 levels are responsible for a staggering 70 percent of the global greening trend.

There are concerns that the benefit of increased growth may diminish over time, as plants evolve and acclimate to the increased level of carbon. But, some might suppose that it seems unlikely that this “acclimation” would automatically mean “plant death,” given that the current growth rate for plants is so high.