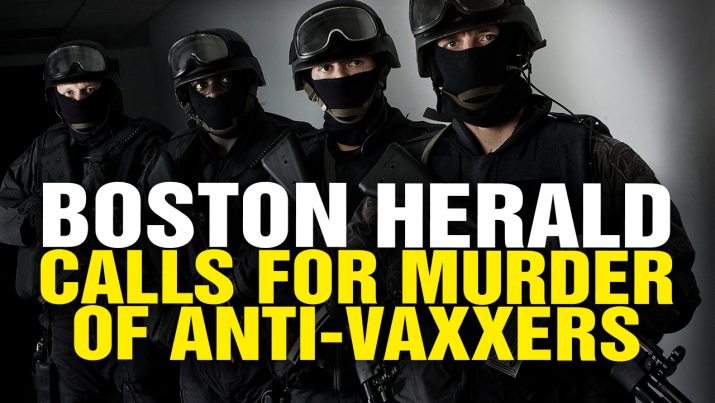 In the latest lunatic, insane example of “vaccine rage” now being pushed by the criminal vaccine industry and its corporate-run media prostitutes, the Boston Herald’s entire editorial staff has openly called for what are essentially government-run execution squads to mass murder scientists, naturopaths, chiropractors and journalists who question the safety of injecting children with mercury, a brain-damaging toxin still found in flu shot vaccines administered to children and expectant mothers.

Podcast Transcript: “The entire editorial staff of the Boston Herald is now openly (and) publicly calling for the government to execute all vaccine skeptics including scientists, naturopaths, journalists and holistic health practitioners who don’t think children should be injected with mercury. This is not an April fools joke. This is a factual report. I thank you for listening. You are listening to Mike Adams, the Health Ranger at HealthRangerScience.com. Yes, I am one of the people who is being threatened by the Boston Herald. They have now put out a call for death. The mass executions of individuals like myself…”

Boston Herald calls for mass executions of anti-vaxxers from NaturalNews on Vimeo.