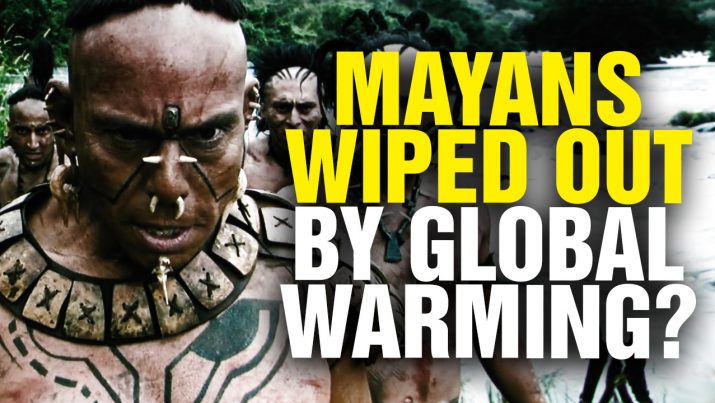 Climate change is caused by burning fossil fuels in coal-fueled power plants and combustion engines, according to these scaremongers. Today, alarmists believe that the cause of climate change is the excessive production and release of carbon dioxide in the atmosphere. Everyone is told that climate change is man-made because of the industries that burn fuels. These fuels are then released into the atmosphere. Now, scientists are even suggesting that the Mayan civilization was wiped out by global warming.  In his YouTube channel, Mike Adams says it is absurd to believe that climate change and global warming caused the end of the ancient society. Let’s just be realistic here: there were no coal-fueled power plants during the Mayan civilization.

So, what’s the real deal here? The Health Ranger says that these hyped-up claims are just that, hype.

It is true that carbon dioxide levels are the highest they’ve ever been. This is not something to be worried about, yet scaremongers vociferously say this is indication of the end of the world. “They are delusional,” says Mike Adams. These same scientists suggest that global warming warmed the Mayan’s blood, leading to catastrophic wars, which eventually caused their civilization to end.

Mayans did not have any engines that emit excessive carbon dioxide. These scaremongers are just falsifying information about carbon dioxide and its connection to global warming and climate change.

Mike Adams is the lab science director of an internationally-certified laboratory called CWC Labs. He has received a Certificate of Excellence for his excellent performance in the analysis of toxic elements in foreign water samples with the use of ICP-MS instrumentation. The Health Ranger also spearheaded  multiple lab innovations such as the programming of automated liquid handling robots, which are used for sample and external standards preparation. His world-class invention Cesium Eliminator helps save lives by removing up to 95 % of cesium from the gut. His online store, HealthRangerStore.com, showcases a plethora of organic products that are lab verified and carefully sourced for cleanliness.