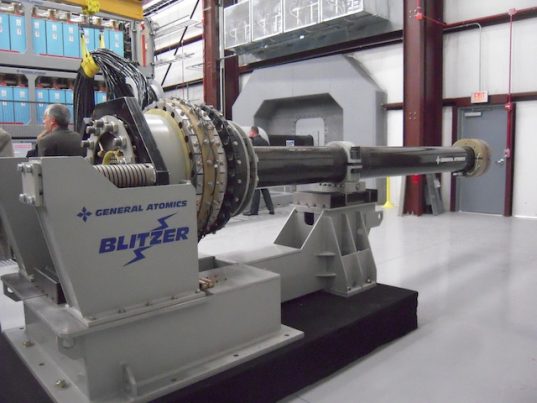 Natural News founder/editor Mike Adams, the Health Ranger, has been a trailblazer in the field of citizen science, natural and alternative medicine, and as all trailblazers know, having no shortage of detractors just comes with the turf.

But Adams has never minded the criticism because Adams is also accustomed to being proven correct.

Like this one. A couple of years back, using contacts he has cultivated over the years, Adams reported a blockbuster: The U.S. had used a high-tech “space weapon” against Beijing for devaluing its Yuan and causing economic turmoil in America and throughout the West, as evidenced by a mysterious explosion in the industrial city of Tianjin.

He noted in his August 2015 exclusive:

The Tianjin explosion was waged as an act of “kinetic retaliation” by the Pentagon in response to China’s currency war Yuan devaluation, according to dissident sources from mainland China. The Chinese government has put in place unprecedented secrecy surrounding the mysterious explosion, and aggressive police state tactics are now being invoked to control the flow of information surrounding this event.

“Last week’s explosions sent massive fireballs into the sky and hurled burning debris across the industrial area at the world’s 10th-largest port, burning out buildings and shattering windows kilometres away,” reports the Daily Mail UK.

The Chinese government’s official explanation for the explosion, which has now killed 114 people, is a complete whitewash.

Roundly criticized and written off as crazy by many, Adams has now been proven correct – at least as far as the existence of such a weapon is concerned. (RELATED: Pentagon Is Pushing For New, Exotic Weapons To Deter Russia, China)

Defense One reported last week that the U.S. Army is “experimenting” with a kinetic response weapon should it be needed in any great power war with, say, Russia or China:

Were the United States to go to war with Russia, both sides could draw on deadly weapons that the world has never seen on a battlefield. On the Russian side, there are new and smaller tactical nuclear weapons. To counter them, the U.S. Army is taking another look at a “devastating” weapon, one first tested by the Air Force and Lawrence Livermore National Laboratory in 2013, the Kinetic Energy Projectile, or KEP, a tungsten-based charge moving at three times the speed of sound that can destroy anything in its path. [Emphasis added]

So, at least since 2013, the U.S. military has not only had a kinetic weapon of the type Adams mentioned, but the weapon has also been tested.

“Think of it as a big shotgun shell,” Maj. Gen. William Hix, the Army’s director of strategy, plans & policy, said a few weeks ago at the Booz Allen Hamilton Direct Energy Summit, Defense One reported. He added that the KEP moves at massive speeds between “Mach 3 to Mach 6.”

The Army isn’t the only branch of service developing kinetic weapons. The U.S. Navy’s version is called a rail gun. In development for several years, it is an electromagnetic weapon capable of firing a projectile more than 100 miles and traveling at Mach 7. (RELATED: US Military To Roll Out RAIL GUN That Fires Projectiles At 4500 Mph With A Range Of Over 100 Miles)

Check out this video of the Navy demonstrating the railgun’s power:

But how long have such weapons actually been around? As Adams pointed out, a so-called “Rod of God” kinetic weapon is space-based – and was reportedly the one used to level six city blocks in China as a warning not to crash the global economy.

Other analysts said that the weapon was deployed by the Air Force’s secretive X-37B Space Plane (“X” is the designation for experimental), which has been sent on a number of classified missions, leading to much speculation about its purpose and intent.

Adams also noted this: The Rod of God, which is essentially a space-based dart, was analyzed by Popular Science magazine – in 2004:

This technology is very far out — in miles and years. A pair of satellites orbiting several hundred miles above the Earth would serve as a weapons system. One functions as the targeting and communications platform while the other carries numerous tungsten rods — up to 20 feet in length and a foot in diameter — that it can drop on targets with less than 15 minutes’ notice. When instructed from the ground, the targeting satellite commands its partner to drop one of its darts. The guided rods enter the atmosphere, protected by a thermal coating, traveling at 36,000 feet per second–comparable to the speed of a meteor. The result: Complete devastation of the target, even if it’s buried deep underground. (The two-platform configuration permits the weapon to be “reloaded” by just launching a new set of rods, rather than replacing the entire system.)

Clearly, Adams was not off-base when he wrote his report two years ago; the U.S. is developing space-based kinetic weapons and may well have used one against China to enforce a global policy: Don’t tank the world economy.